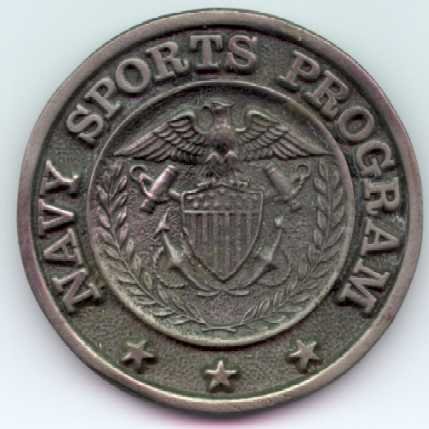 This page will commemorate the athletes/teams from VRC-50 who participated in a multitude of intrarmural sports
and the Foo Dogs who participated on the Varsity level teams and represented NAS Cubi and USFAC in
many sports.
I will start with the timeframe I am familiar with. From about November 1980 thru January 1991.
Anyone with additional info on sports in VRC-50 should with the details for inclusion on this page.
If you have a plaque or a trophy indicating a championship not listed, send me the info for inclusion on this page


BACKGROUND: Each command was awarded participation points depending on the size of the command. Points were
awarded based on the final standings after each sport. The total points accumulated would determine the Intramural Sports Points Leader
and the overall points leader was awarded the NAS Cubi Point Captain's Cup. The Cup was retained until the following year was completed and
a new points leader determined. If a command was awarded the Cup for 3 years in a row, it was permanently awarded to the command, or retired
Admirals Cup points were awarded to commands whose athletes won championships in the Captains Cup. VRC-50 was a perennial champion in both
team and individual sports. In order to win the Captain's or Admiral's Cup, maximum participation was required, in all sports. VRC-50 participated in
all sports offered, ranging from darts, pool, badmitton, volleyball, track, etc, etc. VRC-50 was a power house in all of the major sports.