COD Support for the 7th Fleet 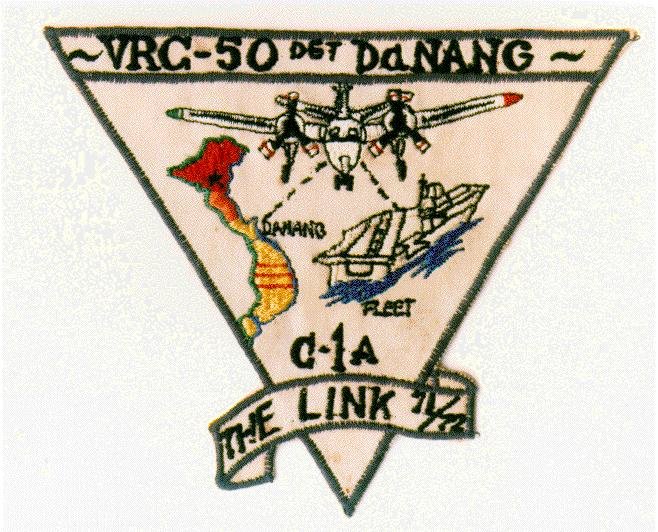 History of this Viet Nam War era detachment is under research
Any information about this det is appreciated, email the webmaster
Need any photos of squadron spaces or living quarters, etc etc.

The waters of the Han River have been Danang's fortune and its misery. In the 19th century, the city was the nation's most important port, but that very accessibility to trade inspired the French to invade in 1858, renaming the city Tourane. The beaches of Danang drew foreign invaders again a century later, when the first wave of American Marines came ashore at Red Beach in 1965 to establish an airfield.

Danang's nearby beaches became a recreational retreat for recuperating or relaxing soldiers, who came to R&R stations such as China Beach (the setting for a popular 1980s television drama). China Beach is still reaping its recreational bounty; Vietnam's new economic openness has sparked a modern invasion of developers building resort hotels and conference centers along the shore.

Over the span of several years, the Naval Support Activity Danang, became the Navy's largest overseas logistic command. But in March of 1965 when Marine combat troops moved ashore into I Corps, the support establishment was rudimentary. The port of Danang contained only three small piers, three LST ramps, and a stone quay that were inaccessible to oceangoing vessels; even smaller craft had trouble approaching. The scarcity of lighterage and the heavy weather that often buffeted the harbor made ship- to-craft cargo transfers hazardous and inefficient. Warehouses, open storage areas, cargo handling equipment, and good exit routes from the port were limited. From March to July 1965, III Marine Amphibious Force troops delivered supplies to the units in the field while the Seventh Fleet ran port operations. Soon, the fleet dispatched Naval Beach Group 1, Cargo Handling Battalions 1 and 2, nucleus port crew, Mine Force, Service Force, underwater demolition team, and explosive ordnance disposal units to Danang. In addition, the Navy took charge of the offloading, storage, and delivery of supplies common to all the allied forces in I Corps. Additional responsibilities included harbor defense and the transshipment of cargo to the smaller ports in the region. The fleet also managed logistic operations at these locations.

The logistic establishment at Danang functioned with growing efficiency by mid-1968 as it built new port and shore facilities. Seabees, initially using materials pre-stocked long before the war in Advanced Base Functional Component packages, constructed three deep-draft piers for oceangoing ships, two 300-foot wooden piers, an LST causeway, and the Bridge Cargo Complex that consisted of a 1,600-foot-long wharf, 300,000 cubic feet of refrigerated storage space, and 500,000 square feet of covered storage space. Amphibious fuel lines were laid along the sea floor to storage tanks ashore at Red Beach, north of the city, and the Marine air facility at Marble Mountain to the south. During 1965 the logistic operation at Danang suffered from lack of suitable or sufficient harbor craft, cargo handling equipment, and port personnel. Management and planning of the logistic flow needed refinement, as ships arrived en masse with cargo improperly stowed and packaged. Storage areas ashore were limited by space and access. Finally, the harsh Northeast Monsoon made cargo operations at Danang and throughout I Corps hazardous and difficult during the winter months.

From 1966 to 1968, however, new resources and management procedures dramatically improved the situation. By July 1968 the Naval Support Activity handled 350,000 tons of cargo each month for the 200,000 allied troops in I Corps. Danang had become the largest fuel complex in South Vietnam capable of holding over 500,000 barrels. The station hospital begun in 1965 had treated over 21,000 casualties, 44,000 nonbattle patients, and one million outpatients flowing in from the hostile and disease-ridden I Corps environment. The outlying NSA detachments proved godsends during the Tet Offensive, when they assumed the logistic support of the sometimes isolated allied forces. The units at Dong Ha and Cua Viet on the Cua Viet River pushed supplies and ammunition through to the 3d Marine Division holding the line at the DMZ while the Tan My detachment assisted the troops locked in combat at Hue. The support establishment at Chu Lai supplied the 1st Marine Division while the one at Sa Huynh supplied Army troops near Duc Pho. Naval Support Activity, Danang, thus helped the American and other combat contingents withstand, and eventually roll back the enemy's 1968 onslaught.

VRC-50 established a "Permanent" C-1A detachment in December 1971(there were previous detachments to Danang AB) which remained until approximately February of 1973. There seems to be some confusion as to the actual first det to Danang and it is my understanding the "permanent" detachment is an administrative term. At the time of the early detachments to Danang, the squadron was homeported at NAS Atsugi. When the squadron changed homeports to NAS North Island, the detachments that were in the westpac area were designated as "Permanent" , this is where the confusion comes in.